The Fourth Industrial Revolution is taking over. Here’s what you need to know as a manufacturer. 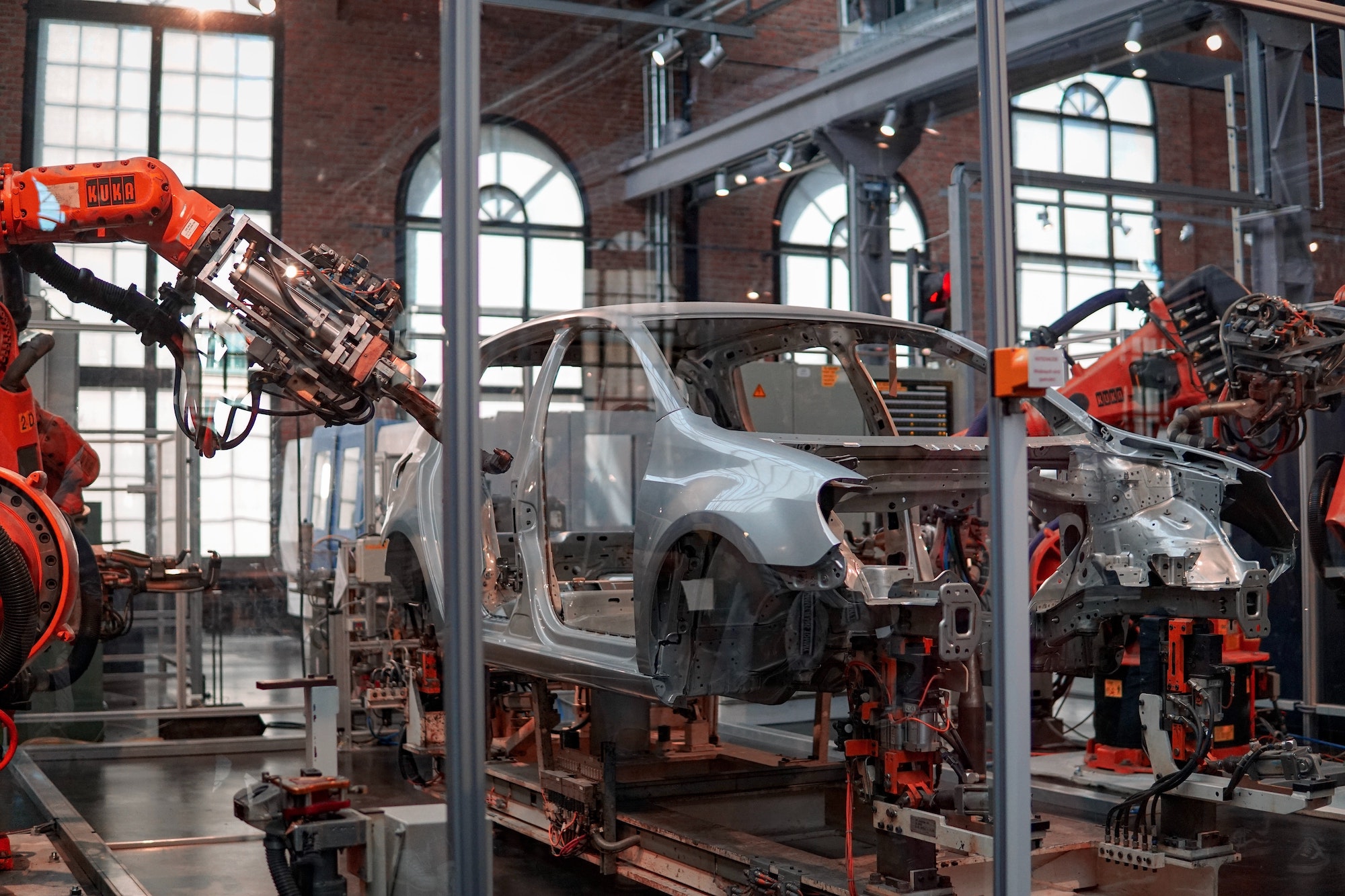 From smartphones to medical devices, the Fourth Industrial Revolution is already shaping the world we live in.

And we’re just getting started.

While manufacturing has always been at the heart of industrial revolutions, this time is different.

With the Fourth Industrial Revolution, manufacturers are completely transforming their entire value chain.

What is the Fourth Industrial Revolution?

The Fourth Industrial Revolution, also known as Industry 4.0 or 4IR, uses advanced technologies to blur the lines between the physical, digital, and biological worlds. It completely reinvents how products are made from design and engineering to delivery and support.

When did the Fourth Industrial Revolution start?

The Fourth Industrial Revolution was originally introduced by executive chairman of the world economic forum, Klaus Schwab, in 2015. He wrote the book on it titled… can you guess? The Fourth Industrial Revolution dives deep into the advanced technology that’s taking over manufacturing including automation, artificial intelligence and machine learning, blockchain, IoT and more.

“The Fourth Industrial Revolution represents a fundamental change in the way we live, work and relate to one another. It is a new chapter in human development, enabled by extraordinary technology advances commensurate with those of the first, second and third industrial revolutions.”

The First Industrial Revolution saw the first transformation of manufacturing with the introduction of machinery. This evolution introduced new technologies that changed rural America and Europe into industrialized and urbanized centers of manufacturing. Fueled by the use of steam power, the First Industrial Revolution began in Britain and quickly spread to the rest of the world, by the 1830s-1840s.

The Second Industrial Revolution started with the rise of steel production, electricity and petroleum. Steel production resulted in the expansion of railroads, which enabled easier delivery of products. The Second Industrial Revolution spans from 1870-1914 and hinges upon the replacement of old materials with stronger, more robust materials. The second industrial revolution also encompasses Henry Ford mastering the moving assembly line, ushering in mass production.

The Third Industrial Revolution, also known as the Digital Revolution, used electronics and information technology to automate production. This period started in the late 20th century and into the beginning of the 21st century. It included the invention of computers, the internet, and communication technologies.

Impacts of the Fourth Industrial Revolution on technology

New digital technologies are the defining force of Industry 4.0

The Fourth Industrial Revolution is less about optimizing supply chains and more about optimizing value chains. It’s all about how the digital world can influence real-world decisions across the value chain, which means new digital technologies are the defining force of Industry 4.0.

What are these new technologies?

As defined by Investopedia, “Quantum computing is an area of computing focused on developing computer technology based on the principles of quantum theory, which explains the behavior of energy and material on the atomic and subatomic levels.”

Quantum computing is influencing manufacturing through creating new, advanced materials, high-performance batteries, and the design and development of products from the start.

What is artificial intelligence, really? And, how does it impact manufacturing?

Artificial intelligence is “any device that perceives its environment and takes actions that maximize its chance of successfully achieving its goals.”

In manufacturing, artificial intelligence and machine learning, often called “smart manufacturing”, can be used for real-time monitoring and production-as-a-service. For example, a company can analyze data to improve machine performance or schedule maintenance.

A blockchain is a system in which a record of transactions are maintained across several computers that are linked in a peer-to-peer network. This means that numbers and transactions cannot be manipulated and are always tracked automatically.

Blockchain in manufacturing is being used to keep track of products and help with regulatory compliance.

Internet of Things, or IoT, are computing devices embedded into products that can send and receive data. These range from simple sensors to complex technologies like Alexa speakers or a smart thermostat.

Industrial IoT (IIoT) deploys a network of sensors to collect production data which is used to gain valuable insights about the efficiency of the manufacturing operations. The Internet of Things can help manufacturers reduce costs, shorten time to market, mass personalize items, and improve safety.

3D printing is the additive process of manufacturing. Traditional subtractive production manufacturing, where the raw materials are reduced down to a finished product, 3D printing or additive manufacturing is focused on creating something through adding material.

This new technology enables the creation of easier prototypes, tools, and lightweight components in manufacturing.

The aerospace and defense (A&D) industry represents a 16.8% share of the $10.4 billion additive manufacturing market.

Automation, in terms of manufacturing, is the process of transitioning high cost, low impact jobs performed by humans into processes carried out by machines.

Autonomous vehicles in particular are set to transform logistics. Uber, Amazon, and Tesla are all involved in the autonomous freight truck industry. These are some of the largest companies getting involved in a singular facet of the Fourth Industrial Revolution. There are over 3.5 million professional truck drivers in America, according to the American Trucking Association. Many of these folks could be displaced by self-driving trucks.

All of these advances open up new business models for organizations. As companies can sell new features through technology, they create products-as-a-service that create recurring revenue opportunities.

This also creates opportunities to create engineered to order products at scale. In smart factories, companies will be able to respond real-time to consumer demands and desires.

In the Fourth Industrial Revolution, economic growth is likely to shift. Countries who previously offered low-cost labor will slowly start to build middle classes and jobs will switch to other countries. World economic growth will likely largely be influenced by China’s Belt and Road Initiative and the United States.

Reskilling workers will be a requirement in order to succeed

This could result in greater inequality as the middle class in advanced economies is shrinking, while the middle class of growing economies is advancing. Income levels will vary widely across countries and within sectors, especially in manufacturing. There will be a division between low-skill, low-pay and high-skill, high-pay jobs. Reskilling workers will be a requirement in order to succeed. Eighty-seven percent of Deloitte survey participants believe that Industry 4.0 will lead to more social and economic equality and stability.

Are you prepared for the Fourth Industrial Revolution?

Previous industrial revolutions used to take place over decades. The jump to the Fourth Industrial Revolution took less than twenty years. Change and innovation are the only constants in this new normal. Decision-making must be data-driven, automation and artificial intelligence should be solving problems, and all workers from health care to auto manufacturing must be reskilled for new jobs.

To learn more about the new normal and how the Fourth Industrial Revolution is changing manufacturing, continue reading by downloading the Four Principles for Digital Transformation eBook. 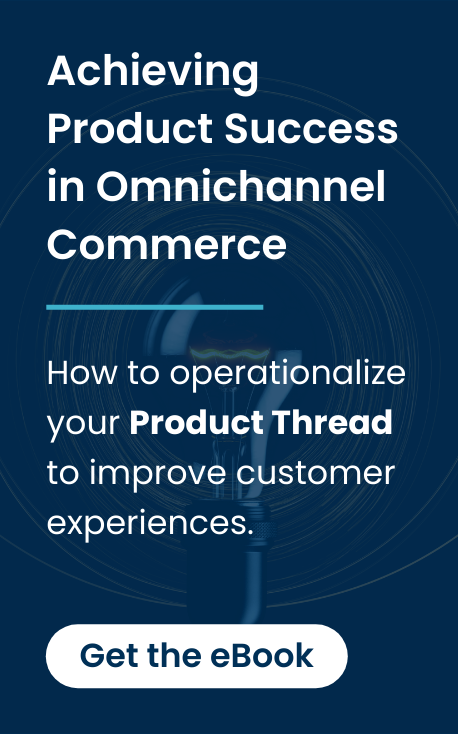 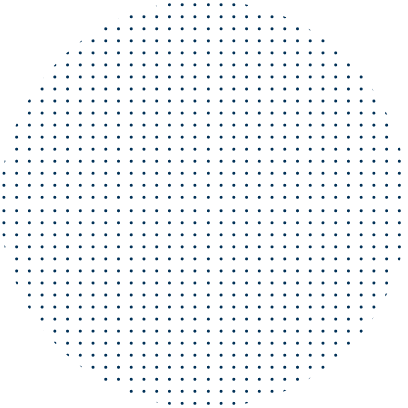 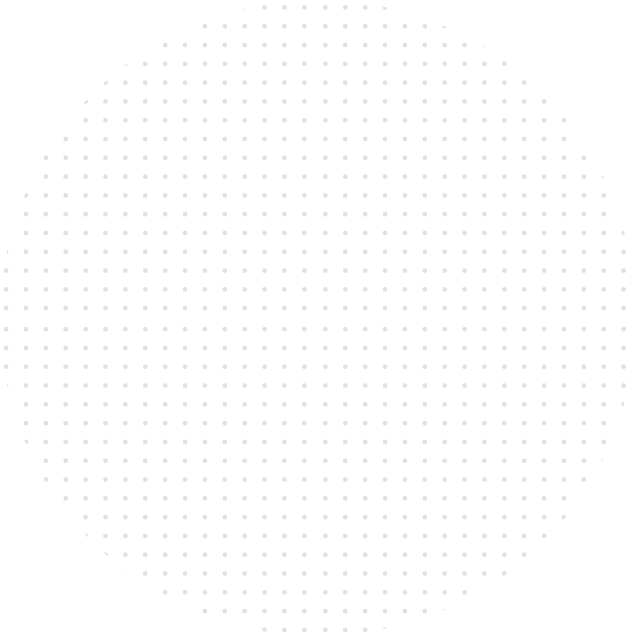 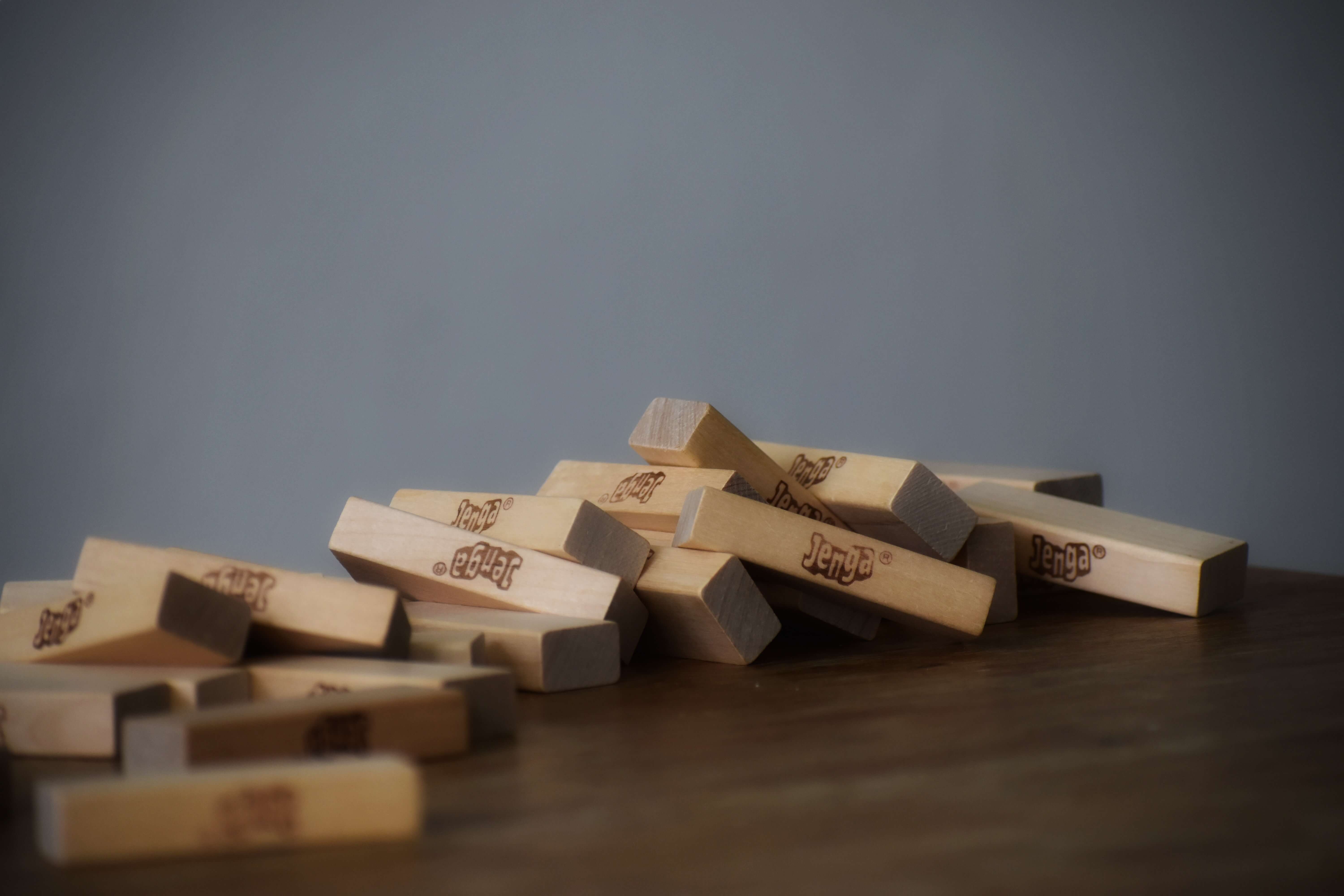 What is Value Chain Disruption?

What causes value chain disruption, and how can future disruption be prevented before it (inevitably) happens again? 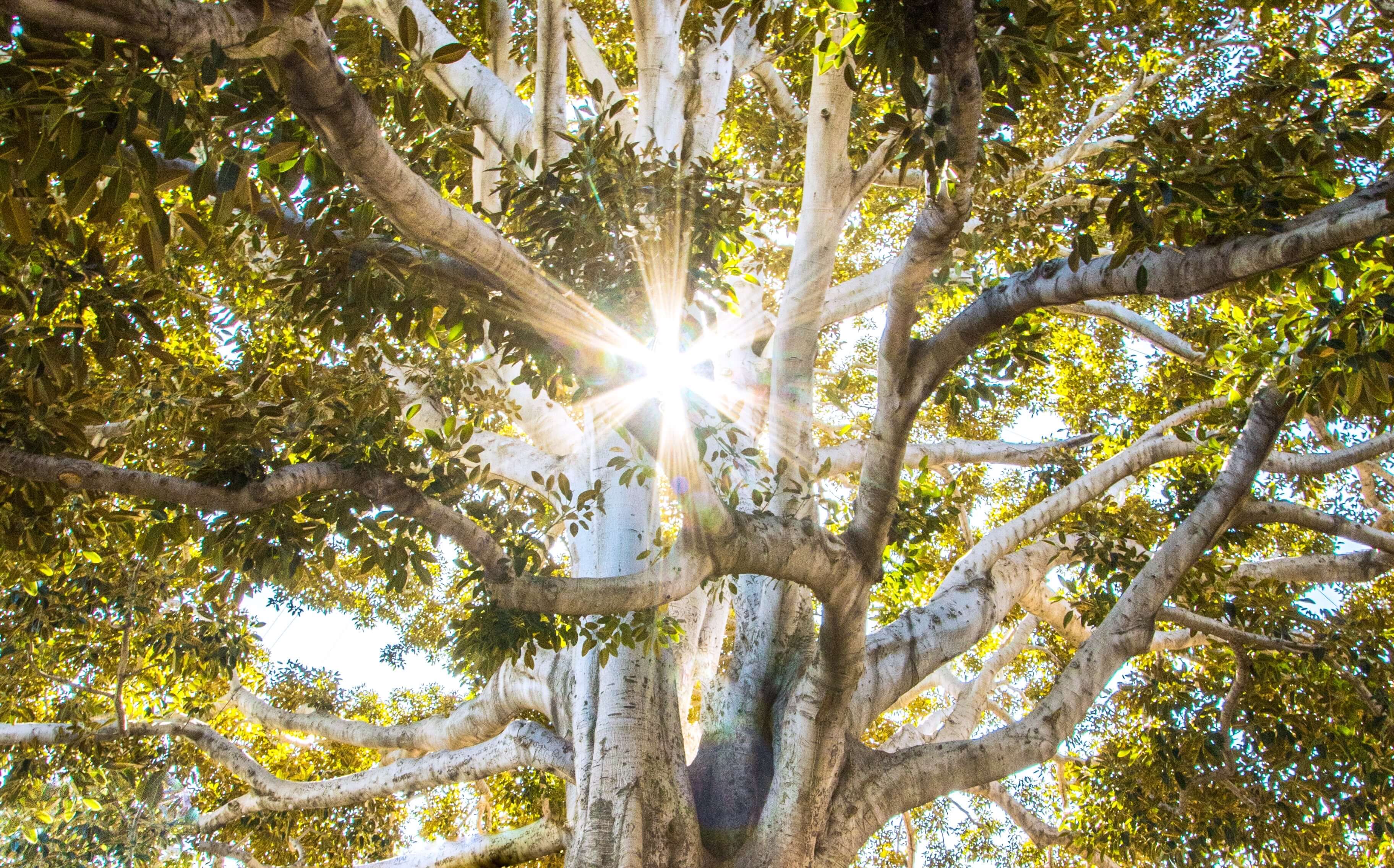 With an industry that’s changing all the time, the only way to grow is to change with it. Dmitriy Geler of BekaertDeslee explains how. 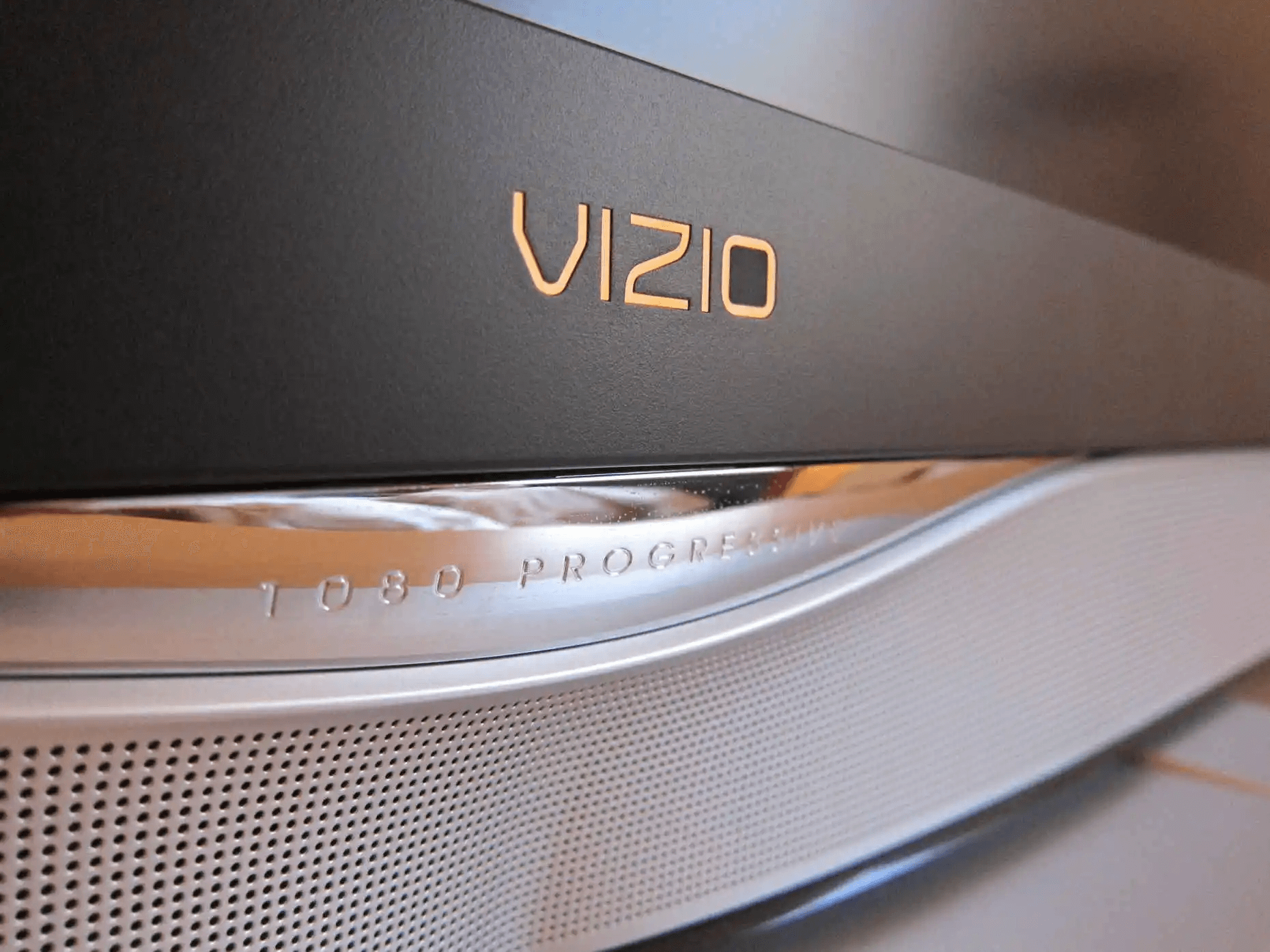 How One Consumer Goods Company Thrived Amid Supply Chain Chaos

When the pandemic hit, VIZIO was, unexpectedly, prepared. Mark Rumbaugh, VP of Information Technology, discusses how their agility and ingenuity drove success.

Get unparalleled speed and flexibility throughout your entire value chain with streamlined collaboration between Engineering, Quality, Sales and Service – all on the world’s leading cloud solution

Thank you! Your submission has been received!
Oops! Something went wrong while submitting the form.

We’ve received your contact request. A member of our team will be reaching out shortly to set up a time to talk via email.

Oops! Something went wrong while submitting the form.